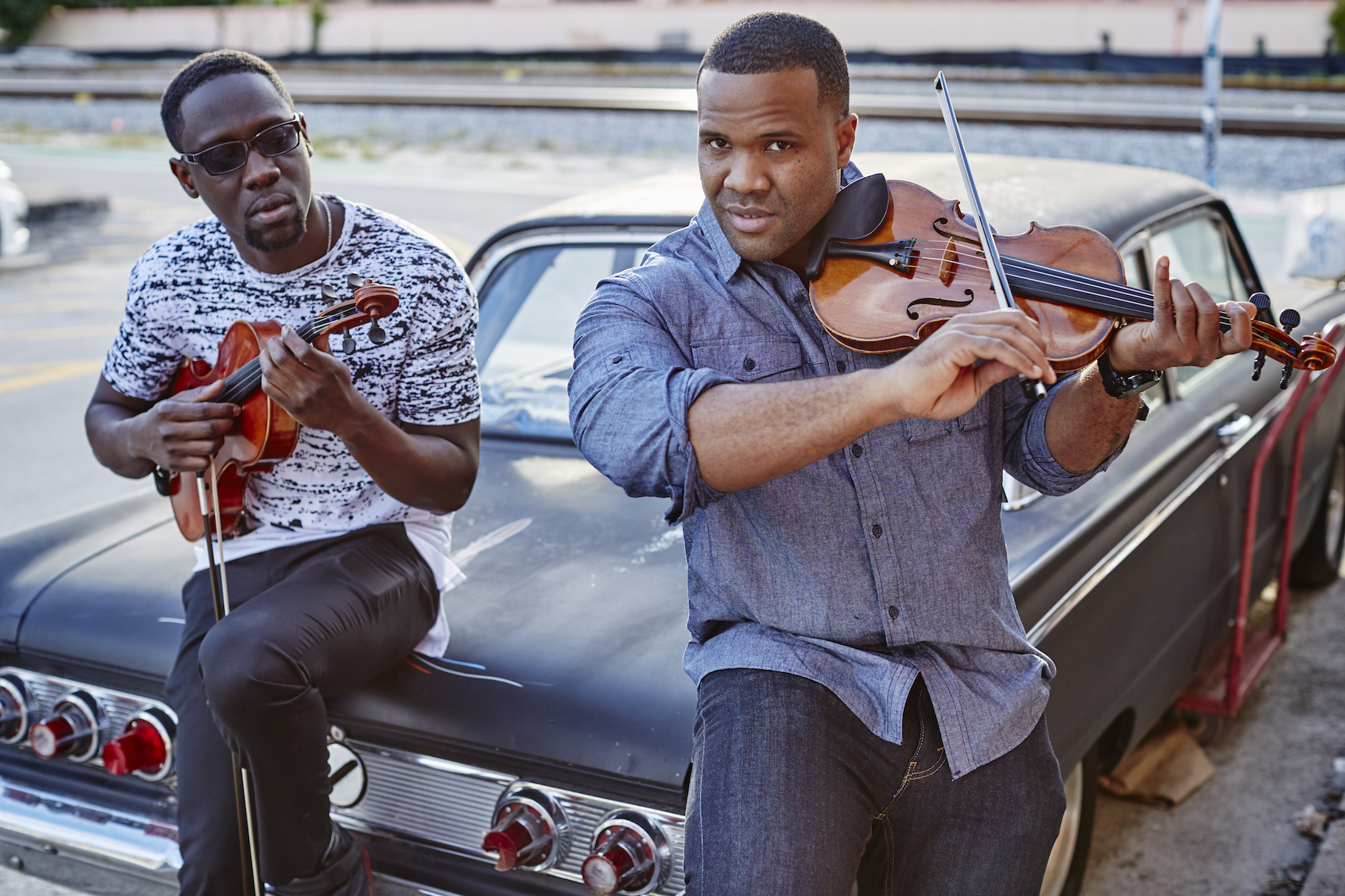 Black Violin is the ground-breaking blend of classical, hip-hop, rock, R&B, and bluegrass music. Since starting Black Violin a decade ago, Wil Baptiste and  Kevin ‘Kev Marcus’ Sylvester have mixed up music genres to break down listeners’ barriers, both perceived and unconscious. They seek to confront stereotypes that are inevitably woven into our culture, whilst creating meaningful, highly engaging music.

The duo has performed about 200 shows a year in 49 states and 36 countries as far away as Dubai, the Czech Republic and South Africa, while appearing at official NFL celebrations for three Super Bowls, and the 2016 U.S. Open with Jordin Sparks.

Black Violin has performed for a variety of audiences throughout their career, from the troops in Iraq to both the official President’s Inaugural Ball and the Kids Inaugural in Washington, DC, where Barack Obama gave each a hearty hand-shake. Individually and together, Black Violin has collaborated with the likes of P. Diddy, Kanye West, 50 Cent, Tom Petty, Aretha Franklin and The Eagles. In addition, Wil and Kev composed the score to the original FOX television series Pitch, which premiered in autumn 2016.

As Kev Sylvester told NPR, “it started for me with Bach, ’cause Bach is the equalizer, you know? To me, Bach is the hardest thing you can play, because he exposes everything about you. He exposes your weaknesses and makes you work harder. I always think of Bach as, like, the closest composer to divinity.”