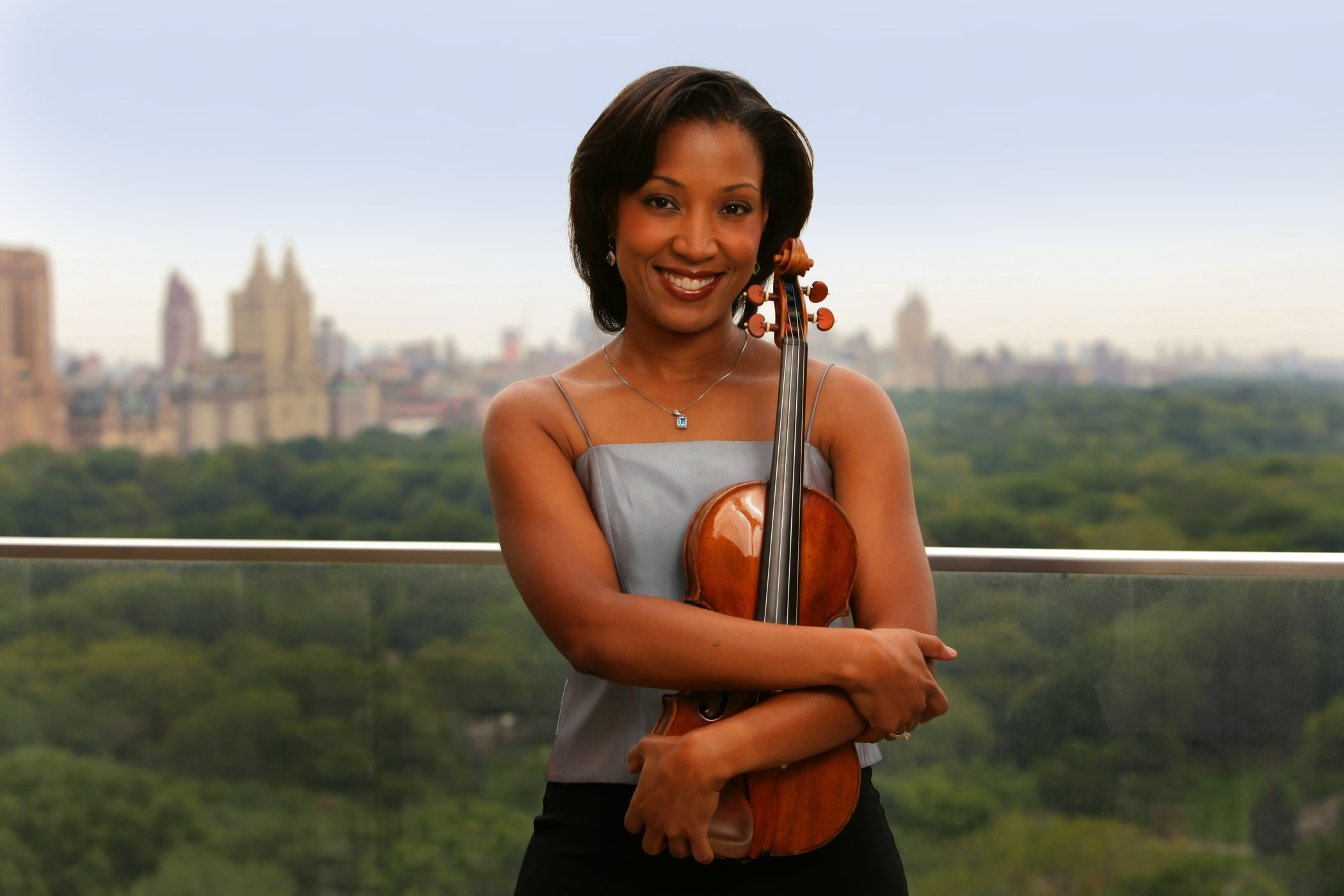 Winner of a Naumburg International Violin Competition Honorarium Prize, Kelly Hall-Tompkins has been acclaimed by the New York Times as “the versatile violinist who makes the music come alive” and by BBC Music Magazine for her “tonal mastery.” She was also featured as a New York Times “New Yorker of the Year.”

Ms. Hall-Tompkins has appeared as soloist with the Symphonies of Dallas, Jacksonville, and Oakland, and performed recitals in Paris, New York, Toronto, Washington, and Chicago. She has also appeared at Tanglewood, Ravinia, and Lincoln Center, and was “Fiddler”/Violin Soloist of the Grammy and Tony-nominated Broadway production of Fiddler on the Roof.

As founder of Music Kitchen-Food for the Soul, Kelly Hall-Tompkins is a pioneer of social justice in classical music, bringing top artists to over 100 concerts in homeless shelters.