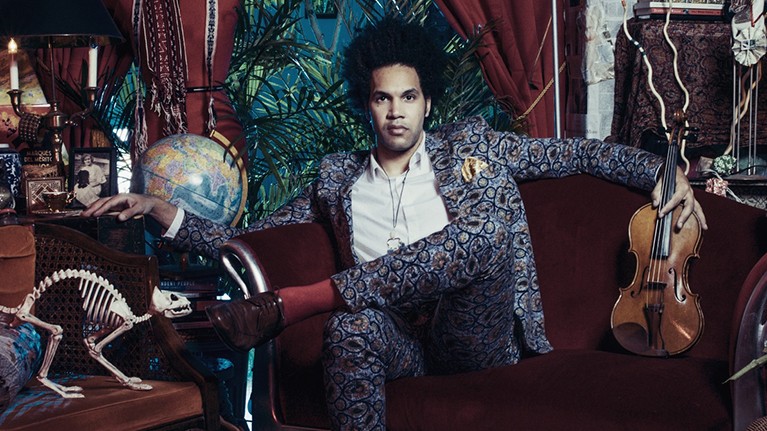 One of his generation’s extraordinary talents, Scott Tixier has made a name for himself as a violinist-composer of wide-ranging ambition, individuality and drive — “the future of jazz violin” in the words of DownBeat Magazine and “A remarkable improviser and a cunning jazz composer” in those of NPR.

Tixier, born in Montreuil, France, studied classical violin at the conservatory in Paris and studied improvisation as a self-educated jazz musician. Since he moved to New York for over decade ago, he has performed and recorded with a wide range of artists, including Stevie Wonder, Kenny Barron, John Legend, Ed Sheeran, Charnett Moffett, Ariana Grande, Wayne Brady, Gerald Cleaver, Tigran Hamasyan and many more.

In addition to performing in and around the jazz world, Tixier appears in the house band on many American TV shows, including The Tonight Show with Jimmy Fallon, The Late Show with Stephen Colbert, Late Night with Seth Meyers, and America’s Got Talent.